I have been doing makeup and hair professionally since 1985.

I left the small town where I grew up, and moved to Munich at age 16 where I studied cosmetology.

It was there, after finishing my training that I began work as an aesthetician for Carmen Wallstein Salon. The salon was a highly respected Kosmetik Salon in Munich. It was great way to start out. I worked in all aspects of the beauty and skin care business.

I always wanted to become a Makeup Artist and Hair Stylist 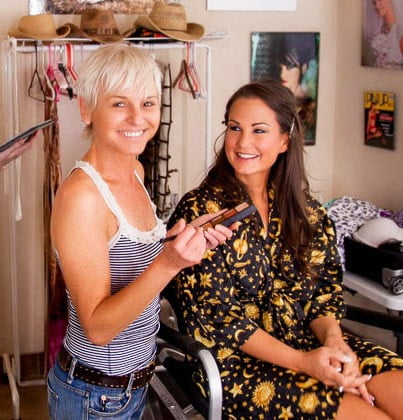 I was asked to assist Uschi Borsche in Munich

After working several years at the salon, I was offered a position as an assistant by Uschi Borsche. Uschi had been a client of mine at the salon for some time and was a well known and respected make up artist and hairstylist from the German film industry. Working for Uschi was a great opportunity

She had just opened a photography studio in Munich. It was fast becoming a hub for much of the fashion and commercial photo productions being done in Munich at that time.

I assisted with the management of the studio, the scheduling and customer service for clients such as the German editions of Vogue, Bazaar, Marie Clare, and many others.

I also did much of the model grooming. I did waxing, nails, and began doing makeup and hair styling for some of the “small budget clients” as well. 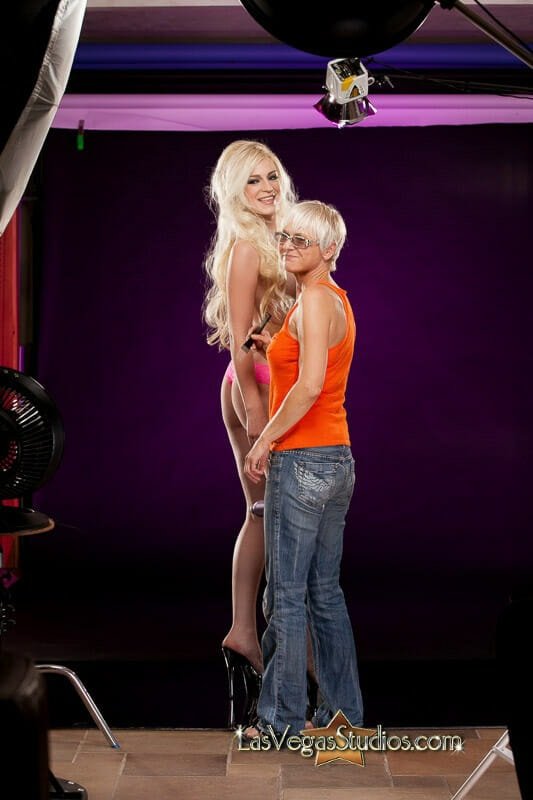 I met an American Photographer working in Munich

While working at the studio I met an American photographer named John Copeland who was working and living in Munich. He was shooting glamour and centerfold layouts for men’s magazines. He was at that time, the staff photographer for the German edition of Penthouse magazine and worked a lot in the studio.

I had learned English in school and he needed someone to help him organize his shoots and do makeup for tests and such.

Uschi normally did his magazine work but I was soon doing makeup on some of John’s production work, When Uschi was not available, I jumped at the opportunity and studied hard. During this time I also took training classes under another famed German makeup artist Horst Kirchberger.

John moved to German Playboy in 1986

When John started shooting for the German edition of Playboy he asked me to come and work for him full time.

From that day on, I have done all of his makeup including all his covers, feature layouts, centerfolds and commercial work. I also helped with the wardrobe, styling, translating and working with the models.

We did shoots for Playboy in Ibiza, Mallorca and Hawaii.

This gave me the opportunity to work under a variety of conditions. It was a wild and crazy time.

We traveled a lot and it gave me added experience working and in different locations. Working for Playboy was a lot more restrictive and John decided after a year and a half that it was time to go back to L.A.

John and I had been working together closely for almost two full years.

We had become more than co-workers and he asked me to marry and come to Los Angeles with him. He had left L.A. and lived in Munich 4 years and was tired and wanted to do other types of photography work.

We moved to LA and pretty much started over from scratch. We rented an old commercial building in the funkier part of South Hollywood and made it into a live-in photo studio/loft . We worked with a couple of agents who sent us models and singers, and beginning actors and we began doing model portfolios, headshots, portraits, make-overs, glamour shoots and magazine layouts.

I was accepted with HMS Bookings agency for fashion and commercial makeup work. Through them, and our other contacts, I worked with a wide variety of different photographers and production companies in L.A. from ’88 to ’94..

In 1992 the riots in L.A. left buildings burned down that were only a couple of blocks from our studio. Then in 1994 the earthquake shook the studio so violently it damaged much of our belongings. We decided that it may be time to leave Los Angeles. 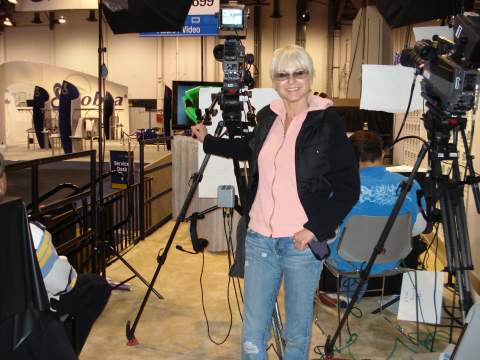 John and I bought a home in the Southwest part of Las Vegas. We setup a photography studio just off the strip in what is now Chinatown. We have never for a moment regretted the move.  During those years I worked only for John.

In 2003 I was introduced by a friend to CoverEdge Television New Services I began working with them free lance doing Production Makeup and Hair in their live shot studios doing hair and makeup for clients like CNN, MSNBC, FOX and others. This work has led to many more opportunities and the chance to work on some amazing people

John and I still work a lot together as LasVegasStudios.com. Being able to do both makeup and hairstyling helps keep the clients budget in check and keeps me traveling through the city 10 to 20 days a month, as a free lance makeup artist… working hard to help keep Las Vegas one of America’s most beautiful cities.